The longer this child lives with me in our current state, the more likely she is to leave. It’s a defeating reality. Prior to moving to Wolfe Island, two years ago, I stopped fostering. With four children adopted from the … END_OF_DOCUMENT_TOKEN_TO_BE_REPLACED

In a sea of impossibility, I’m looking for land. Literally. This time six years ago, I was on a hunt for my first home. Up until then, I’d rented a serious of houses and apartments in a variety of places. … END_OF_DOCUMENT_TOKEN_TO_BE_REPLACED

About five years ago, I began dreaming about having twins – foster babies to be exact. So when Ikea had green cribs on sale for $50, I bought two. Since then the cribs have been used in various combinations – … END_OF_DOCUMENT_TOKEN_TO_BE_REPLACED

15 months ago, a little girl joined our family through foster care. She was on the verge of turning 9 but the size of a 5yr old. I can’t say she’s grown much. But she has been completely transformed. And so has our family.

J brought a peace and unity to Raine and Athena. The three girls connected on the deepest level. Their days were spent playing joyously together. Raine has become so much calmer and can even whisper now. (If you’ve ever met Raine you know she pretty much always sounded like she was speaking through a megaphone.) Athena has grown in confidence and will actually hug people – something she wouldn’t do with anyone but me prior to J’s arrival.

There have been struggles as J deals with all the emotions that come with foster care and the reasons a child must be there. But she’s embraced a measure of healing. The girl here now is nothing like the one that arrived 15mths ago. She’s taller – though still needs to gain a significant amount of weight – happier, and more at peace. I’ve not been a perfect parent to her. But she knows she’s loved by our family.

And that’s why the news that J almost quite certainly will be leaving us August 19 caused Athena to run away from me crying. It made Raine go quiet. Eventually, Athena asked if I could take down the pictures we have up of J around the house. Once she’s gone, Athena doesn’t think she’ll be able to bear seeing the face of her lost friend.

The news of J’s departure isn’t really a surprise. It’s something that’s been a year in the making. Her mother has finally met all the requirements necessary to have her children returned. The social worker expects the judge to confirm this in court next week. Then J will need to go.

This is the heartbreak that keeps many from entering the world of foster care. The truth is not every child fully enters your heart. Often their brokenness keeps you from getting close. Sometimes in spite of your best efforts, there’s no connection with a child in your care. So every departure may not be completely heartbreaking. We’ve had some children with us temporarily or for a length of time and the moving on hasn’t been hard.

But in the case of J, there has been a deep connection. Her absence will hurt every member of our family. And, no doubt, the loss will affect her as well. It’s love that has changed each one of us as we’ve grown together. Whenever J’s social worker comes to visit, she’s always on the verge of tears seeing the relationship that has evolved. It saddens her to know it will come to an end. This isn’t the outcome that seems best. It’s not what we were expecting. And it’s not what we want.

Still, it is always possible in the world of foster care. So we bless J as she prepares to move from us. And I pray that Jesus, the one who calls us to love the needy, will comfort my children as they say good-bye. They’ve loved J so well. Their unconditional acceptance has enabled J to discover the beauty within herself. That revelation will go with her – that she is loveable, that she is valuable and to be treasured. Those truths are not coming to an end even though it appears J’s time with us is. She will take with her the deposits we’ve made. And we will keep the imprint of her on our hearts.

“We are not at war,” is something I find myself saying quite often. It was my 9yr old foster child who introduced the concept. She was sent to her room for being very disrespectful to me one day. With a history of explosive behaviour, it’s best to have her in the safety of her room when this sort of anger starts to bubble up.

In her room, we talked about why she was upset. Her response to being removed from the game she was playing with the other kids was, “Now you’re going to pay. You’ve blocked me from doing what I want so I’ll block you from doing things.”

“That’s not how it works. I’m the parent and you’re the child. There are consequences to how you behave because it’s my job to teach you the right way to interact with people,” was my explanation.

“We are not at war,” I assured her. “We’re not enemies. We’re really on the same side. We’re both trying to make your life as wonderful as it can be.” The truth is, being a child in foster care who has suffered a great deal of trauma, there is a limit on just how wonderful things can be. J is often overwhelmed by emotions that are far from wonderful. But there’s still the possibility of carving out a degree of wonderful in the midst of what she’s going through. There’s always that possibility for each of us.

“I am not your enemy,” I answered. But in the moment, we certainly seemed to be on opposing sides. I was struggling to pull her out of the darkness wanting to overtake her. J was adamantly opposing my efforts. In truth, we are not at war. We are not enemies. Yet so often I find myself in the midst of a battle zone as I fight against fear and insecurity. It arises in the children; it comes out in me. There’s a fear in loving, in being together. That’s what we’re fighting against. But we are not warring against each other.

Raine was quick to pick up J’s philosophy. And my new mantra has become, we are not at war. We are not warring against each other as J and Raine suggest when they find my correction unwelcomed and, as far as they can see, unnecessary. It’s not something to put on a plaque but something I say more than you can imagine – like when Raine is sure she needs to put on underwear from the dirty clothes bin when it’s time to go to church. We’re all on the same side and we’re all fighting against the things that seek to derail us. As I say it, taking a deep breath, I remind myself we’re not enemies. We’re working together on something wonderful. 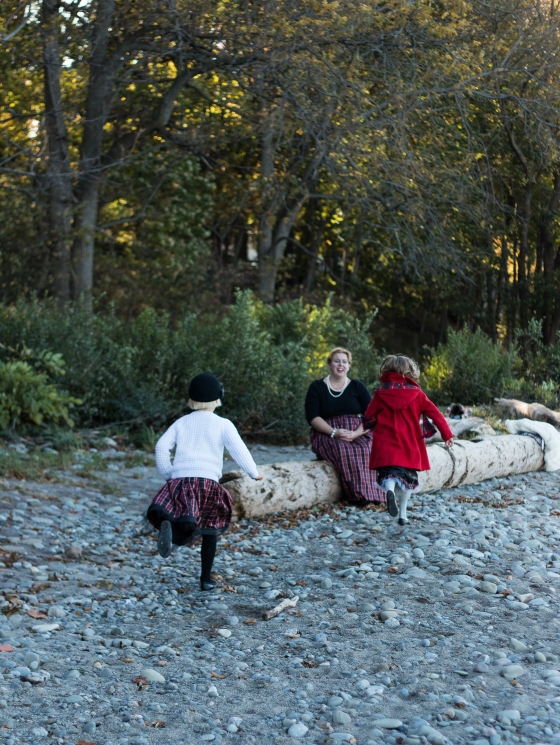