A year ago, I was reflecting on Zechariah 9:12 2020 certainly battered that fortress. At the onset of the global pandemic, I wasn’t sure the walls would hold. The sight of yellow caution tape surrounding playgrounds and picnic tables brought … END_OF_DOCUMENT_TOKEN_TO_BE_REPLACED

It’s a little late for Christmas stories but I’m going to tell one none the less. It’s not so much about Christmas but something that transpired around that festivity. Our first Christmas on Wolfe Island, 2017, my mom came … END_OF_DOCUMENT_TOKEN_TO_BE_REPLACED

The idea was preposterous. A baby. How would that happen? Branch was supposed to be my one and only chance to parent an infant. That didn’t work out. Though he should have come to me early on, it was two … END_OF_DOCUMENT_TOKEN_TO_BE_REPLACED

This time last year, in a moment of reflection, the word that landed in my heart for 2014 was fulfillment. Today 2014 draws to a close, I’m pausing to reflect. It has indeed been a year of fulfillment.

For me, adopting is something God put in my heart as a child. It came to pass in a rather difficult manner that left me feeling doubtful. Having already been with me a year and a half, the finality of adoption sent Raine into a tailwind of grief. As she came to grips with the reality of loosing her birth family and the last name she was born with, I became the target for all her anger. There were times Raine actually accused me of stealing her from her birth mother. We reviewed the reality of how she came to me many times. It’s a sad story to accept – parents unable to care for you properly. Her grief was real and complex.
I never regretted my choice to adopt her, but questioned my ability to parent her. Maybe the couple the adoption worker had wanted to place her with could do this better – with more grace, more patience, more joy. Maybe. Maybe not. It’s useless to ponder because I challenged the adoption worker’s decision and won. On dark days, I would reread the final verdict from the review panel. They were sure I was the right parent for Raine and Athena. So often I needed an infusion of certainty.
This past year Raine has settled in – accepting her fate with joy. She’s now at peace most of the time. Overall, our encounters are positive. Homeschooling is often fun instead of a daily struggle.
“Your girls are so peaceful,” a friend recently remarked. She knows it wasn’t always that way. After being away most of 2014, my friend is experiencing the final product after seeing us at our worst in the midst of 2013.
This is the reality of adoption. Change is possible. Healing can happen. But coming together as a family is a process – especially when we’re starting from a place of brokenness.
Growing up with the dream of adopting, the Lord often called me to a place of prayer. As a teen and young adult I would spend hours praying into the children who would one day be mine. Often I read the story of John the Baptist’s birth in Luke 1. I’ve always loved John’s determination. He went against the flow – a direction I often find myself going in.
And the child grew and became strong in spirit….(Luke 1:80) I often prayed over the children who would come. That seemed to be the key – being strong in spirit. I knew then and know now that in myself, I can’t fix the many issues. I can’t take away the real pain of loss. I can’t wipe away rejection. There are things I can do to help. I can be a place of comfort, encouragement, and stability. There are things I can do and try to do consistently to ease the discomfort. But in the end, it’s the God of all creation who can bring healing. Knowing that, I prayed fervently for the day that I live in now.
As a teen and young adult, I could pray for hours at a time. I could delve into the Scriptures and discover His plans. Now as a single mom, I don’t have that kind of time. But I’m reaping the benefits of those prayers.
Not long ago, I was reading the Christmas story from the gospel of Luke. Raine kept trying to interrupt. I wouldn’t let her speak until we’d completed the section on John the Baptist’s birth – ending with the verse about growing and becoming strong in spirit.
“When I turn 10 we’re going to celebrate by taking a break from eating for three days. We’ll just pray all day and maybe all night. You and me, and Athena if she wants to do it,” Raine announced what was burning in her heart while I read to hear about John the Baptist. Her idea came from her spirit and she didn’t even have the word for it – fasting. That discipline has not been part of my life since Raine and Athena entered it. Nor is it something I’ve explained. All of a sudden, I remembered the years of prayer.
In those times of prayer, the Lord showed me my children following Him passionately in every stage of life. Raine embraces the things of God with fervency. She longs to understand more and more. Her spirit is strong and growing everyday. 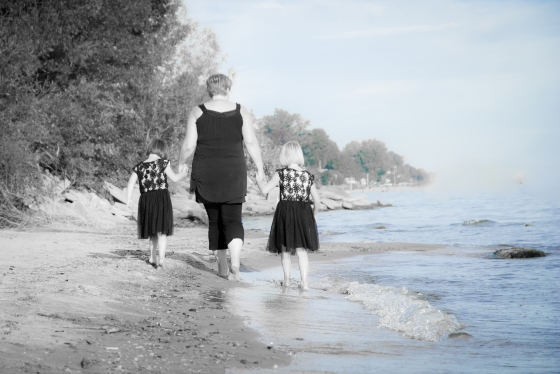 This past year has been one of fulfillment. The daily battles, the discouragement, and the exertion of effort has given way to peace and joy. The dream I had of being a mom was technically fulfilled in 2012. But only in this past year have I reaped the joy of that relationship. There have been highs and lows, but in 2014 I’ve been able to enjoy my calling as a mom more often than not.
The theme for my church has been the year of the harvest. I am now seeing the harvest of the prayers I planted so very long ago. And I am reaping the rewards of the investment I made in Raine from the beginning. Even in the darkest times (after regrouping), I chose to return to her with love.
“It took so long because God knew Athena and I needed to be with you. He made sure you waited for us,” Raine said when I explained how long I’d waited to become a mom.
He knew. He knew how difficult it would be. He knew the joy on the other side. He knew I would be too tired and discouraged in the midst of our family’s formation to really pull on heaven. He knew. Existing outside of time, He held those prayers – releasing their fulfillment at the appointed times.
…You know with all your heart and soul that not one of all the good promises the Lord your God gave you has failed. Every promise has been fulfilled; not one has failed.
Joshuah 23:14
The Lord promised me a family full of love and joy. This year I saw the fulfillment of that promise. It’s been hard but He’s been faithful. Though many times I fall short as a parent, He has not failed.

On Friday, September 19 Athena turned 5. It fills my heart with joy to see the amazing child she’s become. Birthdays always have me looking back on changes over the years.

My mom has started a tradition of taking the girls shopping shortly before their birthday. They’re allowed to pick out their own birthday gifts. Last year, before her 4th birthday, Athena didn’t enjoy the shopping trip. She couldn’t understand why only she was going. Without her sister or I along, Athena was very shy and withdrawn.

This year as her birthday drew near, Athena reminded my mom she needed to take her shopping. With joy, she looked forward to their time together. “And you’re not coming,” she told her sister. “Just me! Only I’m going!” Athena said with a smile.

The Sunday before her birthday, she went. Athena wanted to go to my parents’ house first. My mom had a friend visiting from England. That surprised Athena but it wasn’t long before she was comfortable. Athena devised a plan for lunch – bagels with Nutella and sliced strawberries. Apparently it was delectable. “I made up my own recipe!” Athena told me. Often she contemplates being a baker.

Athena and I – so happy together

After having lunch, they went shopping. Athena returned talkative and excited. Last year she was sullen for the remainder of the day, unimpressed with the gifts she’d chosen and the fact that I’d sent her off without the safety net of our immediate family.

This year everything was different. More and more, Athena’s becoming comfortable in the world at large. When she sees familiar faces at church, she runs to greet them. When friends come to visit she doesn’t want them to leave.

And the girl who hates photos, kept jumping into every shot I tried to take the day of her birthday. I love watching my girls grow and change. I love seeing them flourish as they become confident in their position and the love of those around them. I love celebrating all God’s done!

Raine wanted to dress up as a princess in celebration of her sister’s birthday. Athena didn’t want to be left out of the picture.