Trying to convince women that a fetus is a baby seems redundant. Yet it’s the approach most Christians take in the pro-life movement. It’s assumed that women are ignorant about the facts of life. It’s common knowledge that what’s growing in utero is a life. That’s why some seek out abortions. The life inside of them is more than a minor inconvenience. It’s an all consuming, overwhelming lifetime commitment. Flippancy or ignorance are not what cause women to abort their children. It is the awareness of the task before them.

Mothering is the hardest job a woman will ever have. On every side, there are critics and judges. No matter how much you do, it’s never enough. There’s always something else you ought to do – lessons in Mandarin, homemade sushi, trips to museums, etc. We live in a privileged society where standards are high. Beyond that, we live in an individualistic society that no longer understands the truth that it takes a village to raise a child.

A woman who looks at the task of mothering and considers herself inadequate does not deserve the added shame of being called a murdered.

The church is good at hurling insults, posting about the sanctity of life on social media, and carrying signs that condemn those who can’t conform. But unless and until the church can embrace the practice of community, abortion will continue regardless of the laws. It happened before it was legal and it will continue to happen even if, once again, it is not. The issue is not a legal one. It’s a matter of the heart. A matter of the church’s heart. The fact is, the ignorance is ours.

After insisting a woman keep her child, who is willing to walk with her? Who will go with her to doctor appointments? Who will be there with nourishment and encouragement when she hasn’t slept or showered in what feels like forever while she strives to meet the needs of a newborn? Who will be there to teach her how to mother a challenging toddler? Who will be there when it isn’t convenient or something that will get you noticed on social media? Who will be there in the drudgery of everyday? Not many which is why abortion continues to be an option that desperate women turn to.

What about the woman who can not parent effectively? Are there enough foster homes to house the children who will end up being taken if abortion is abolished? Already the system is broken and ineffective. Already there aren’t enough good homes for vulnerable children. As the church, are we prepared to go beyond protesting and actually open our homes to these children we demanded be given life? After entering a slow-moving system, children eventually need to have a permanent family if their birth parents are unable to make the necessary changes to get them back.

Adoption is often offered in response to the thought of abortion. But what if the adoption is of a damaged 6yr old? How many will be lining up for someone other than a perfectly healthy newborn?

Some women are correct in perceiving they are not equal to the task. Insistence that they mother anyways will not change this fact. Bringing a child into dire circumstances does not miraculously alter those circumstances. In some situations, the woman is able to rise above whatever the situations were that brought her to the brink of aborting. Sadly, this is not always the case. Billboards and marches do nothing to help her or the child we want her to carry.

Church, it’s time to put down the banners and pick up the cross of Christ. It’s time to be inconvenienced by the gospel. If you are pro-life what are you doing besides shaming those who are hopeless enough to embrace abortion? It’s not enough to lobby for laws to be changed. We must be fully committed to walking with women who chose to parent. We must be willing to foster children who end up in the system when their mother can not parent. We must be willing to adopt children who are damaged from the circumstances that brought their mothers to the brink of abortion. For those unable to foster or adopt, come along side and support those who do. We must show up in the everyday. Once we’re there, the law will become irrelevant. It’s time to put down the weapons of war and clothe ourselves in compassion. It’s time to lay aside judgement and step forward with sacrificial, practical help. The message of the cross goes beyond life to liberty. Instead of marches and protests, it’s time to organize structures that support the lives we are for. Let’s build communities that embrace those who are struggling. Let’s love as Christ loved us. In these troubled times, let’s actually be the family of God. No longer let the ignorance be ours. It takes a village to raise a child. As the church, let’s be that village. 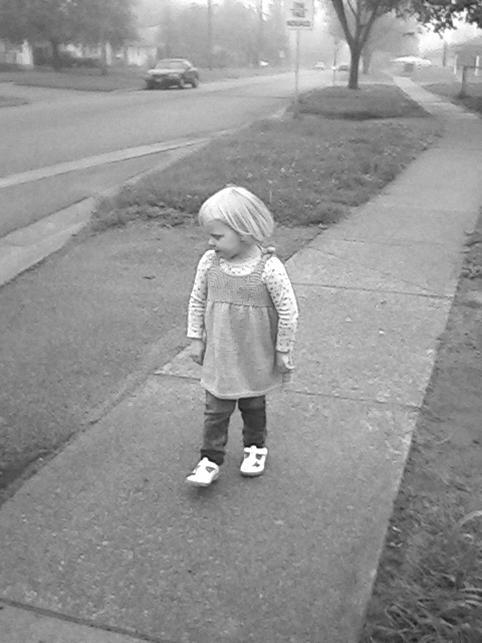 2 thoughts on “The Ignorance is Ours”