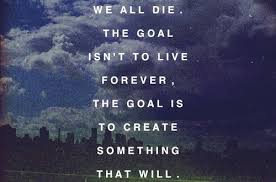 After rallying briefly, my grandmother passed away the evening of Tuesday, June 24. I was glad we made it out to say goodbye. The funeral was brief and small.

Truth be told, my grandmother was often stern and forthright. Sometime in my early adulthood, smiling stopped coming naturally. Then my daughter, Raine, came on the scene. The moment the 3yr old walked into the retirement home, a smile overtook my grandmother. Though vivacious and engaging, Raine hadn’t said or done a thing to warrant the grin. Since this was long before any thought of adoption, the response was significant since Raine was possibly only a passing figure in our family.

My grandmother developed a connection with Raine that reminded me of who she was in my early childhood. Early on, she told my mom, “I’m not going to be a typical grandmother. I won’t be around to babysit all the time.” It’s true, she was busy with commitments in her community – a small town not far from the city where I grew up. Still, grandma folded my sister and I into her life.

Often we’d spend weekends with her and my grandfather. Both hard workers well past retirement, they brought us along to their various jobs. My grandfather cared for racehorses. My sister and I got to brush the animals, feed them apples, and play in the hay loft while he did whatever else needed to be done. He was a quiet, gentle man who never said much. But his eyes were full of joy whenever he saw us. Grandma cleaned the large, traditional church she’d grown up in. Saturdays my sister and I went with her. We crawled under the pews dusting as we went. Then we got to sneak through secret passages from the sanctuary down to the basement.

Behind their country home, was a vast field and forest. My grandfather had special permission from the landowners to travel through the area. A former farmer, he needed to walk the land on a regular basis. As we grew older, my sister and I were allowed to explore the forest on our own. We made up fanciful stories while sitting by the small creek.

In the evenings we’d watch Wheel of Fortune or Dallas after snacks of cinnamon sugar on toast. There was a quiet hush in the house. I think my sister and I both appreciated it. Many mornings we’d silently look through the antique books on art and local history.

In our early years, my grandmother wasn’t harsh. But she wasn’t bubbly or gushing like other grandmas we knew.

In some ways I’m a lot like her. She was strong and independent. Often, without much fanfare, she went against the flow. The legacy she’s left me is one of commitment and confidence.

We’re both adoptive mothers. My dad came to her the same way my daughters came to me. So much of our stories intersect. Intentionally on my part, I’ve extended our family through adoption. I’ve continued something she began. Flawed and human, she embraced a child not born of her own body. My dad took their name. It’s remains with me and has been given to my daughters. They in turn may bestow it on other children who don’t share our DNA. This is our unusual family tree. This is what my grandmother unintentionally granted me – the freedom to love and grow outside of convention.

me as an infant with my grandparents